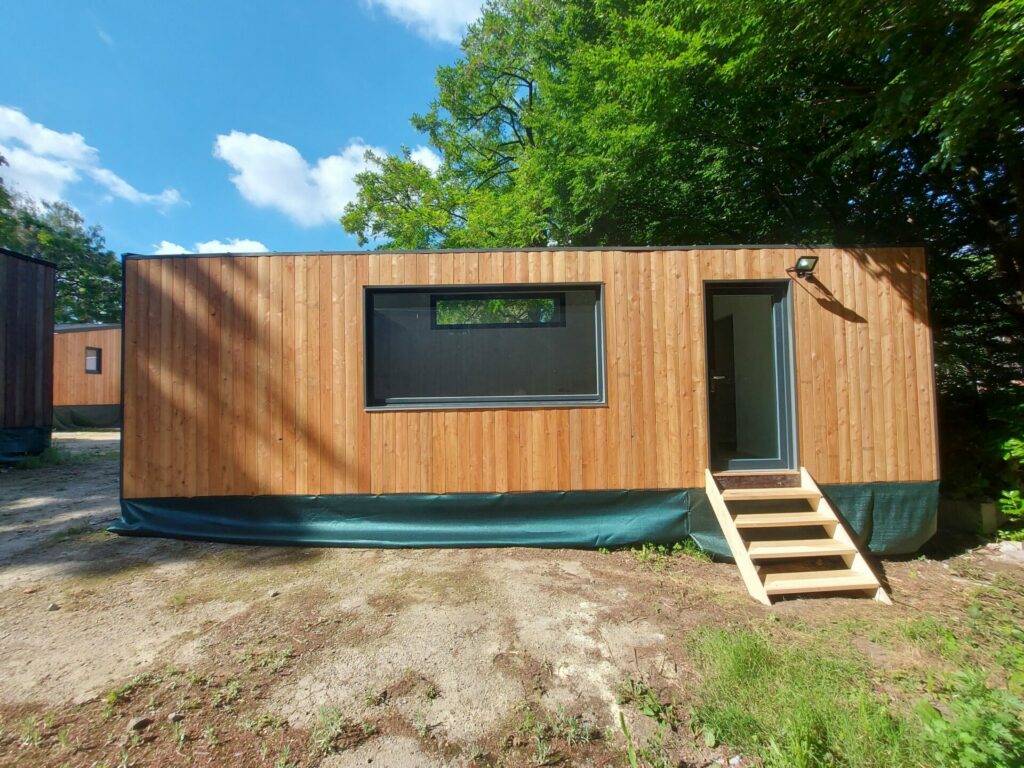 The Belgian medical-social organisation Street Nurses has started a crowdfunding campaign for the “Sweet Home Module” project, which calls for the placement of high-quality mobile housing modules on momentarily vacant sites in order to more quickly provide affordable housing to a highly vulnerable segment of the population.

The module is a type of small house; it is a 26 square metre, high-end, prefabricated timber home. These small homes may be transported and placed in locations that are now idle.

Olivier Vadi of Street Nurses mentioned in the statement, Our housing modules meet the housing standards of the Brussels Region. They are, therefore, a solution in themselves. But they also have the great advantage that they cost very little for the residents since there are no common burdens like in an apartment.”

Six of these dwelling modules are already located on a site that has been officially opened in the Forest municipality of Brussels. Robert, who has spent 20 years living on the streets, is one of the locals.

He stated, “I wish that the other people who still live on the street could also get a housing module. That way, they could pick up their lives again.”

Now that the project’s test phase is finished, Street Nurses also desire that.

“Now it is important that it can be rolled out further in other municipalities and by other interested parties,” Vadi stated. “The next modules are planned for Neder-over-Heembeek. From now on, we would like to roll out the project in Liège.”